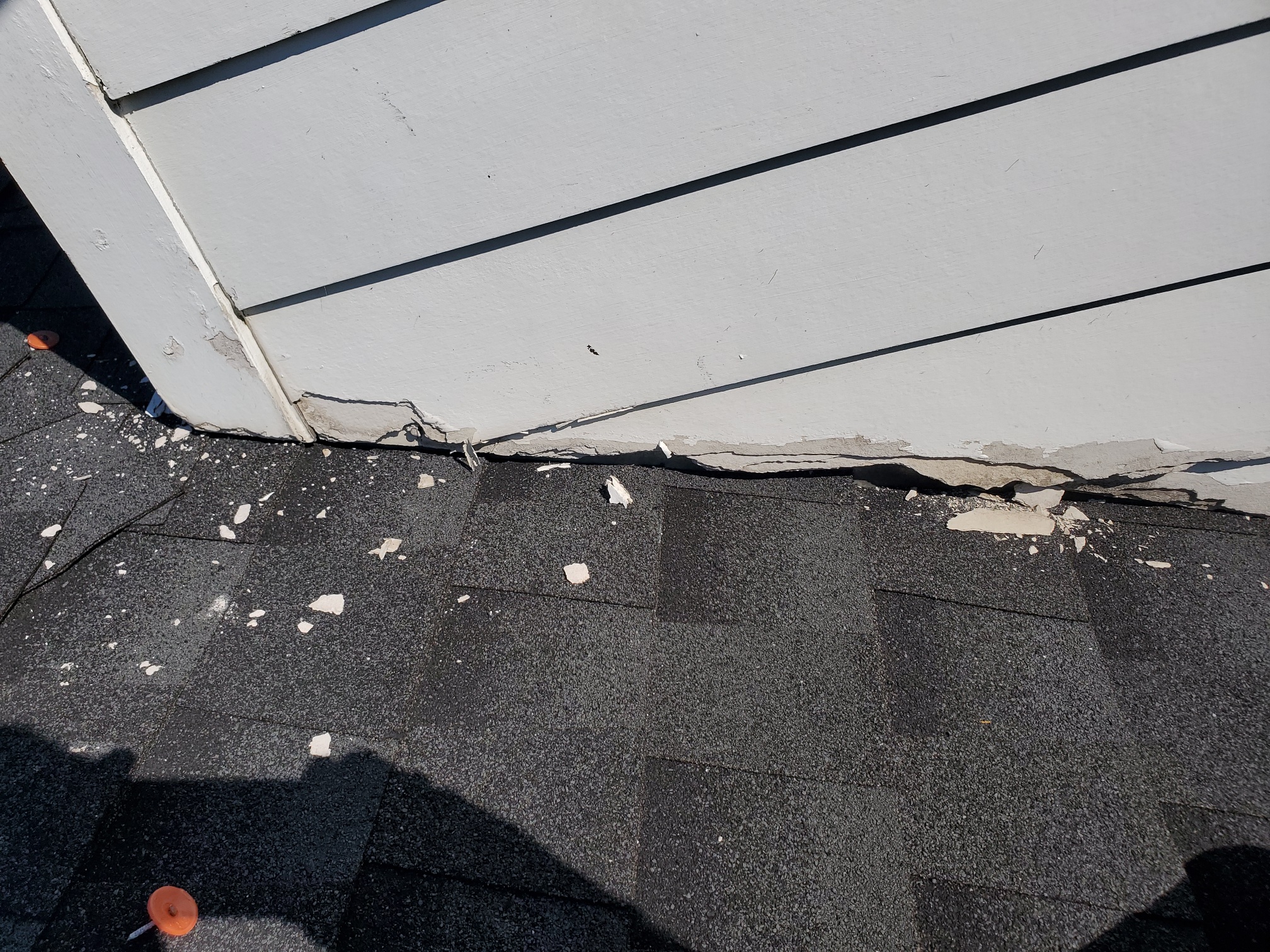 This may be a sign that water might be getting into your chimney – then into your living room!

Water leaks from your chimney are one of the most destructive problems a chimney can have. Some leaks may be covered by your insurance, but not all. Homeowner’s insurance companies will cover many types of chimney damage. Many other types of damage will be denied. If your chimney has suffered damage, your insurance carrier will outline in detail the damages your homeowner’s policy will pay for. Most homeowner’s insurance policies are written to cover “unexpected” damages to a chimney system, such as earthquakes, high-powered wind storms, lightning strikes, falling trees and/or branches, pounding hail, and some chimney fires. These and similar causes are considered unexpected because the homeowner didn’t directly cause them and generally couldn’t have prevented them. On the other side, there’s damage that’s considered “expected” and usually stems from the homeowner’s neglect to properly maintain and care for his or her chimney. Homeowner’s insurance carriers usually are not willing to pay for chimney issues that could have been prevented. However, you won’t know specifically what your provider will and won’t cover until you either closely read your policy or speak with an agent. You can avoid serious “expected” chimney damage by being proactive and making sure your chimney system is well-cared for. Masonry materials deteriorate even more rapidly when exposed to the freeze/thaw process, in which moisture penetrates the materials and periodically freezes and expands, causing undue stress. And depending on where you live, your chimney may be exposed to the freeze/thaw process for as many as six months or so.

Some masonry problems are obvious. If broken bricks, large cracks, and crumbling mortar are present you know that the masonry needs some repairs such as tuckpointing, replacing broken bricks, and waterproofing the chimney so the bricks don’t absorb water and begin to leak into your fireplace. If your flue is rusted, warped or the sealant is no longer intact that’s an obvious problem. These problems are easily repaired and most times are not that costly. Not all leaks are that easily detected. You may notice staining on the ceiling around your fireplace. Or when it rains you may end up with water in your fireplace. This is a good indication that your chimney is having a problem and will need a water test to find where the problem is coming from. This test can be time-consuming as a garden hose is used to soak the chimney from the bottom of the chimney to the top, stopping every few feet to let the water soak in for about fifteen minutes. Journal about times and whether they are soaking the left or right side of the chimney. By using this method they will be able to see how the water is entering your home. Once the problem is solved the proper repairs can be made and keep your biggest investment from falling into ruins. Along with cleaning, chimneys should be professionally inspected once a year to uncover early signs of damage and malfunction so they can be addressed before they become serious and possibly dangerous. Never put off chimney repairs, no matter how “insignificant” they may seem. Minor damage very often progresses to complicated and expensive damage. If it is not covered by your insurance, the finances to cover the problems could be coming out of your pocket