Importance of A Chimney Cap 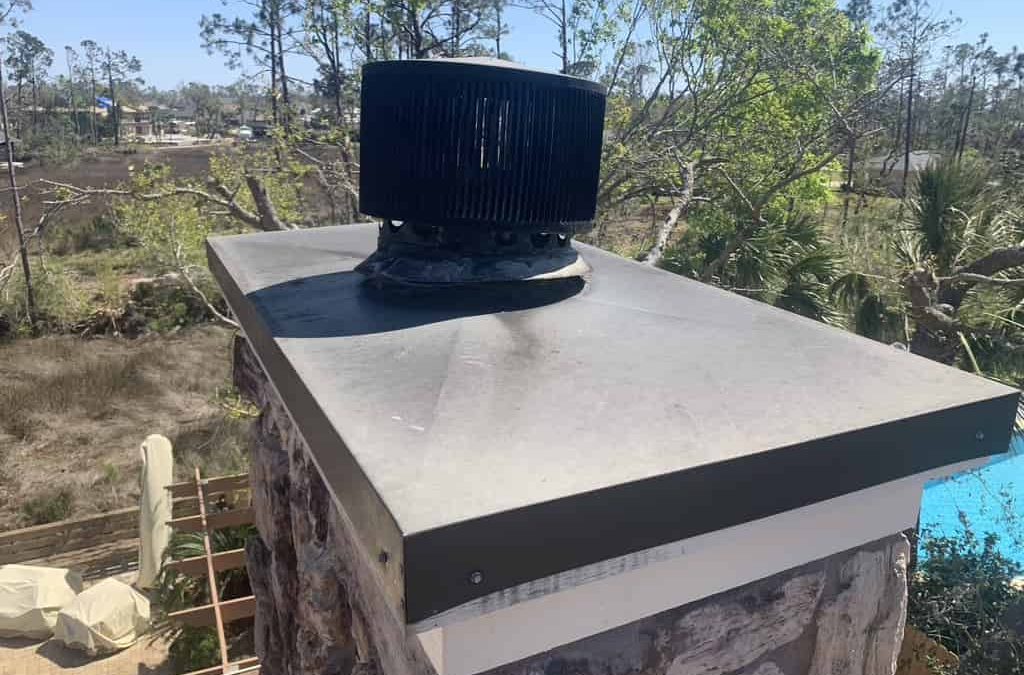 Does your house have a chimney? Most homes in your area may have chimneys, though owning one is not special, the ability to maintain one is. When not taken care of properly, metal and brick fireplaces can be considered dangerous. A chimney system is a direct tunnel from the outside air to your home. If you think about it, whatever is inside your chimney is inside your home. Water can seep through masonry fireplaces causing the bricks to crack. Animals like squirrels, birds, and bats, make nests inside the chimney. The buildup of foliage, debris, and heavy rain inside your chimney can lead to the formation of mold or mildew. What if I told you that these problems could easily be deterred with one simple piece? Installing a chimney cap. It is true! Installing a chimney cap is an easy way to prevent objects and materials from entering the home.

The most common issue to face when working on chimneys are animals. To keep animals out, the chimney cap is a metal top with a mesh screen over the top of the chimney. Birds such as the chimney swift, are known for their uncanny ways of making nests in chimneys. All types of animal droppings are acidic and sulfurous, once mixed in with soot it can cause cracks in the brick and lead to respiratory health issues. Unfortunately, once an animal gets into your chimney, it usually gets stuck and dies. We practice humane animal removal because we care about the well-being of the animal and are against cruel treatment.

With chimneys located on top of the roof, weather damage is inevitable in some areas. Mainly focused on southern states, heavy rainfall, tropical storms, and hurricanes are the leading causes of brick resurfacing and water leaks. It is important to pay attention to water damage because it can damage other areas of your home. Without a chimney cap, water can enter the chimney flue at any given moment when it rains. Eventually, water can get into the home as it trickles down the masonry. Water can become corrosive over time. In areas where water can reach colder temperatures, it can freeze and expand causing cracks in the structure. If there is moisture trapped within a brick chimney, then mold and mildew can form causing foul odors in the fireplace and home.

We do not want these problems to happen to you, and we do not want you to end up paying a lot of money to have it fixed! If the early stages of water damage are not noticed, it will cause major damage over a period of time. Our technicians have the experience and knowledge to know what to look for, and how to professionally install a chimney cap to protect your home. Installing a chimney cap is significantly cheaper than having to rebuild a chimney that was ruined by water. Leaving the top of your chimney open is like leaving your front door wide open.