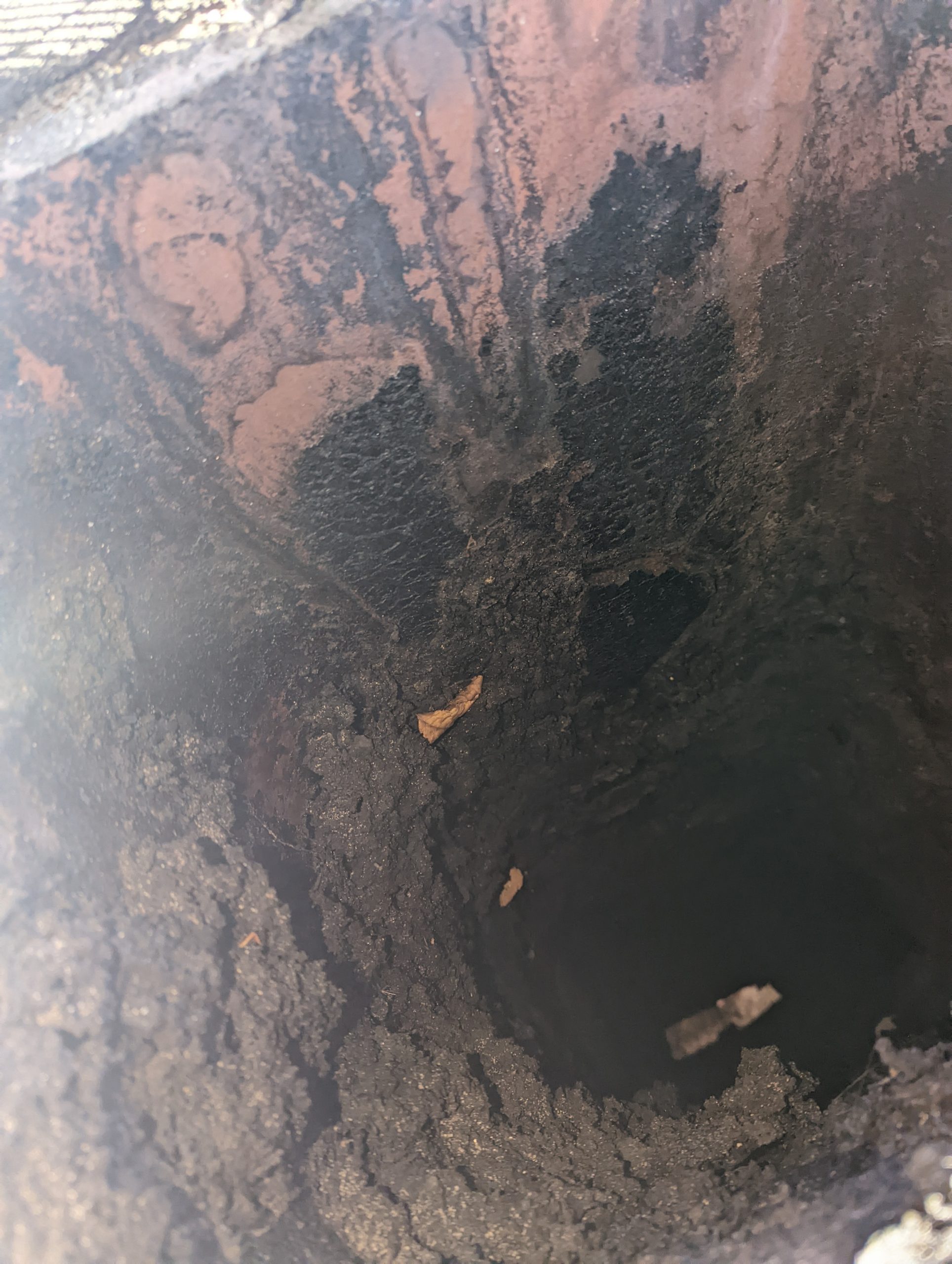 Example of a poorly kept fireplace and chimney with large amounts of creosote build-up!

Dangers of a Dirty Fireplace

When your chimney is not cleaned for a long time, a substance called creosote will build up in the flue during the use of the fireplace. This creosote is highly flammable and can lead to a dangerous chimney fire (an uncontrolled 2000-degree fire burning inside the chimney). A dirty chimney can also cause blockages. Without effective airflow, carbon monoxide can be pushed back into your home rather than exiting through the chimney. One would think that fires were the number one cause of death in house fires but it is not it is carbon monoxide poisoning.

Unfortunately, people usually pass away from inhaling smoke before the fire reaches them.  If you own a fireplace you should have a carbon monoxide detector.  A clean chimney will also help the wood in your fireplace burn more thoroughly and efficiently, oxygen is necessary for a fire to burn efficiently, so with an unobstructed airflow you get a better burn. Creosote buildup increases when the air supply is restricted in the chimney, when unseasoned wood is used to make a fire, and when the chimney temperature is cooler than normal. Too much creosote buildup can cause chimney fires and these low-burning fires can go undetected until they spread. Most homeowners opt to have a Chimney Cleaning done every year, especially if they use their fireplace regularly. Even if you no longer fire up your fireplace, you still need to have your chimney cleaned and inspected annually. If it is not in use, it is still part of your home and can affect the roof, and walls of your home, if it should develop a leak and leaks, can cause mold.

A sweep is necessary for the technicians to see any problems such as cracks, and rust.  Since your chimney and flue help your house “breathe,” you’ll want to make sure they’re in peak physical condition. If you just moved into a new house or decide to try a fireplace that hasn’t been touched in years, it’s a good idea to have it inspected and cleaned,  because fireplaces and chimneys serve as a ventilation system for your home. If the fireplace hasn’t been used in years there may be blockages in it, such as birds’ nests, leaves, and sticks, or a build-up of creosote from when it was in use.

Not cleaning a fireplace and chimney that has not been used in years is a fire risk and a health risk. If it is debris and especially if there have been animals nesting in the chimney, you may have toxic materials in there. Birds leave droppings, and in those droppings, two types of fungi can grow, one is Histoplasmosis and the other is Cryptococcosis. These fungi can cause lung damage and pneumonia. Accompanied by a high fever, coughing up sputum and blood, aching joints, fatigue, and weakness. This not only affects humans but for pets as well. On top of that if these materials catch fire and the flue is covered in creosote you have the potential of a chimney fire and possibly burning down your house.